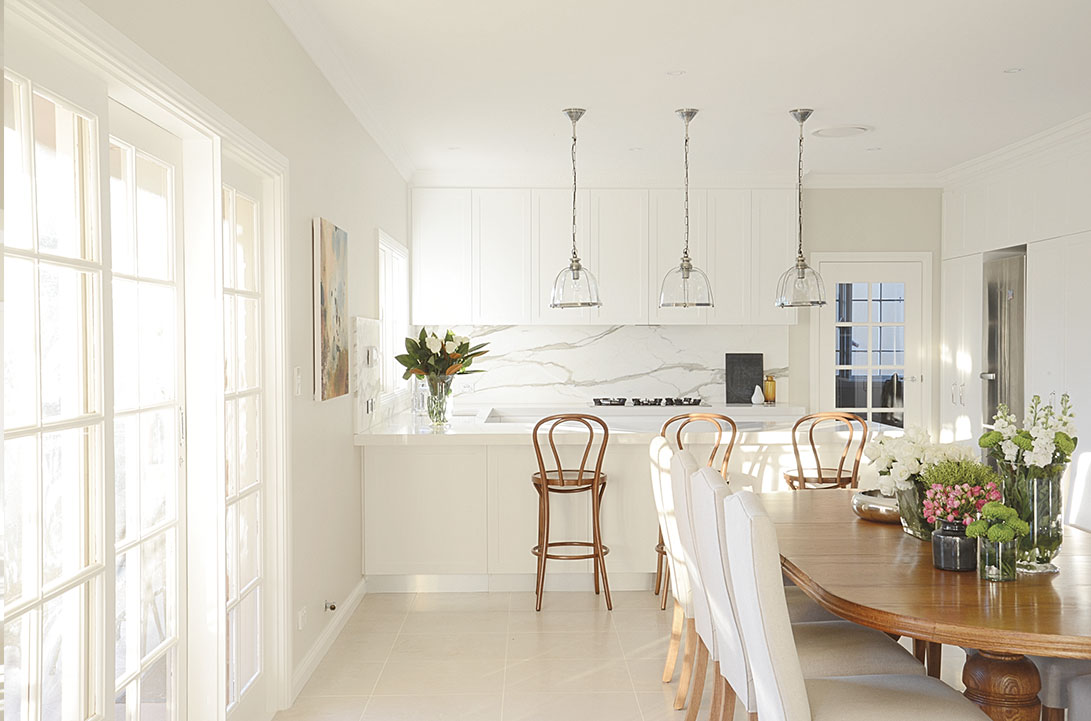 Many would-be renovators believe they don’t need tradies. After all, why employ a professional when shows like Better Homes & Gardens and The Block make it look easy enough? This kind of pluck and misplaced confidence is well known to the CEO of service.com.au, Dan Kerr. “There are so many DIY shows at the moment, and people think they’re the DIY king or queen,” he says. “They’ll try and lay their own tiles or do their own waterproofing and end up contacting us. In the end, it can be more expensive to fix the job than if they had brought in a tradesman to begin with.”

Cathy Morrissey, aka The Reno Chick, runs a business that advises homeowners how to flip for profit. She’s seen many a renovation disaster in her time. However, none were quite so confounding as the renovation job on the investment property she bought in Sydney’s west in 2009. “They [the owners] had spent between $10,000 and $20,000 renovating the kitchen, and the bathroom was magnificent, but the rest of the property had been renovated on the cheap,” says Ms Morrissey. “They had painted the rooms themselves, painting over the actual light switches! They built their own handmade bar – just a bit of wood nailed together. They had obviously run out of money.” Ms Morrissey went on to finish the renovation and sell for a profit, while the experience highlighted the golden rule of any renovation budget. “You need to lay out a budget for each element beforehand and stick to it. Otherwise, you run the risk of over-capitalising.”

Most renovators are under the impression they need to spend all their money on the kitchen and bathroom, however, that ’s not necessarily the case. “There’s no point installing an expensive designer kitchen in a $500,000 home, because you’re not matching the ‘cost to the value’,” states Ms Morrissey. “I tell people that in order to prevent over-capitalising, they should budget for about five per cent of the value of your home. That is your total renovation budget.” “If they plan to spend a bit more time in the home before selling, say in five to seven years, then they can spend up to seven per cent as they’ll make that money back in capital growth.” Property expert at financial comparison site Mozo.com.au, Steve Jovcevski, confirms that the degree of renovation must match the rest of the home. “Renovators should avoid installing high-end upgrades above the level of finish of the house, as this could also adversely impact its re-sale value.” He believes “When it comes to adding re-sale value, it ’s always better to bring the entire home up to a certain standard of quality rather than putting all your resources into one room.”

Mr Jovcevski also added that homeowners should steer clear of adding features that appeal to a small number of buyers, as this could substantially lower the resale value of their home. “An in-ground swimming pool might be an attractive feature for some, but many potential homebuyers see it as a hassle, costly to maintain and even dangerous, especially if they have a young family,” he said. “Potential buyers may even factor maintenance expenses or the future costs of filling the pool into their final offer.” Updating the exterior of a home could prove a costly renovation mistake as well. “Splashing thousands of dollars on modern textures, like Alucobond®, may cause the property to seem out of place in a street of, say, Federation homes, and is likely to harm its capital-growth prospects,” Mr Jovcevski said. Mr Kerr added that some sellers spend a fortune on rendering their home when a “wash or paint job could have a similar effect ”. “Many sellers will also go nuts on landscape design and install boxed hedges and water features, and some buyers will be put off by this because it looks like they need to hire a full-time gardener,” he said. So if you’re thinking of renovating, be smart in your strategy and put the work in the experts’ hands. Although it may appear costly at first, the amount of time, money (and potential heartache) you’ll save in the long run will be money well spent.